Getting enough done every day is a challenge, even if days are getting longer by 1/75000 seconds every year, it’s not enough to help. We need another option.

It’s time for a proven system, a time-tested method of increasing productivity, learning faster, and growing creativity. A process of collecting thoughts, organizing ideas, taking notes, and creating a life-long “second brain.” If that sounds useful, well, you are in luck!

Allow us to introduce the the Zettelkasten method of note taking, also called the “slip box” method. The Zettelkasten originated with Conrad Gessner, a Swiss scientist from the 1500s. A pioneer of better notes and thinking, Gessner’s philosophy has proven itself over the centuries. The power of the Zettelkasten lies in its ability to organize and structure ideas empowering users to connect thoughts and accomplish their goals with clean mental models.

Modern researchers, like Niklas Luhmann who wrote 400 research articles and over 70 books, continue to prove the current viability and power of Zettelkastens. Luhmann’s Zettelkasten comprised an astonishing 90,000 index cards that he built up over 40 years. This is just one such example of how the Zettelkasten, or Second Brain has unleashed near-superhuman capabilities in researchers and writers for centuries.

What is a Zettelkasten?

The Zettelkasten method involves building a network of connected notes, linking ideas, thoughts, and information in a manner that mimics how the human brain functions. Each note or “slip” in a Zettelkasten represents a stand alone idea or topic. Each note is then connected to related ideas as part of a note network.

Note topics can develop during scientific research, brainstorming, studying, or general business meetings, there are no limits or bounds. The larger a Zettelkasten grows, the more powerful it becomes by allowing its owner to follow threads, unlock connections, and explore sequential thoughts.

Traditionally, researchers wrote on paper notecards and filed them by hand in boxes and cabinets. This led to Zettelkastens that looked like the picture below. While it may look cluttered to an outside observer, all those organized notes support a clean, structured mind with idea-generating resources.

We know what you are thinking, and YES, digital tools can take this already great system and truly transform it. In fact, using the right platform almost completely eliminates the Zettelkasten’s primary disadvantages: complexity management, setup, and maintenance.

However, before we get into the modern tools to build your own Zettelkasten, we have to lay the foundational concepts. Bear with us, the next piece is important.

According to the prolific Luhmann’s take on the Zettelkasten, the following practices are key to implementing the method:

Categories, not “Zettelkasten” but Useful!

Technically, Zettelkastens don’t use “categories.” In a physical system they just don’t add anything, and can actually cause confusion and get in the way. However, in a digital Zettelkasten, categories don’t hold us back and can be worth considering for more organization options.

Filing notes into categories (like agriculture, policy, or TV dinner timelines)  does pose a challenge for paper notes, hence Luhmann’s fundamental rejection of categories in his own Zettelkasten. However, this is 2021, and we’ll assume you’re using a digital platform like RamSync, which allows for filing a note in multiple categories with no extra effort.

Categories can be a great place to start for many note systems. Fast, quick, and easy, we are all used to categorization schemes. They are just not the end. The key is ensuring categories don’t get in the way, just as they would with a physical system.

For some, this may be sacrilegious, for others, it is a perfect melding of systems. For the first time ever, a choice between a categorical note system, like the P.A.R.A. method and the Zettelkasten doesn’t have to be made: choose both!

While we’ve outlined Luhman’s philosophical ground rules, let’s dive deeper and show how and why a Zettelkasten works so well. For example, let’s consider a research project on the Mediterranean diet. This could be an extensive project.

For our Mediterranean example, we can start by focusing on recipes and health aspects. (We’ll leave the TV dinners for later.)

These are pretty broad categories, we could easily break our recipe category down further. 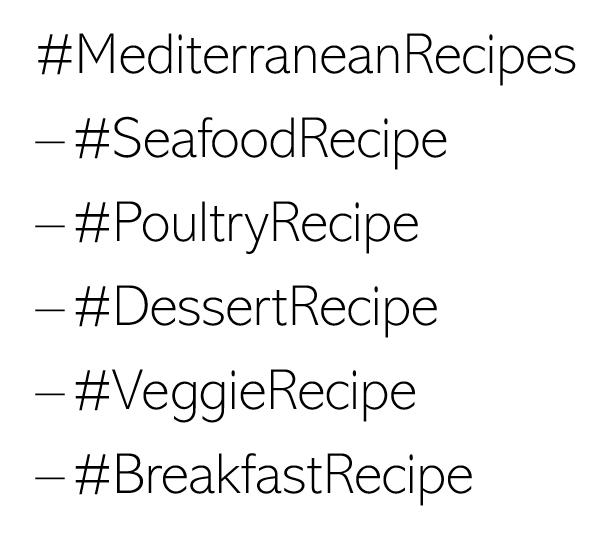 These are still categories though. We haven’t progressed down to Luhmann’s discrete single piece of information per note. Each note here is a single recipe. Further commentary is easy to add and could include recipe modifications, history, notes, or date of last preparation.

Next Level Notes: The Connection

What we just described above is a good, simple organization system, but the Zettelkasten method doesn’t stop there! Connections come next, and this is where the Zettelkasten takes notes to the next level, transforming the project into a powerhouse tool for research, memory, and idea generation.

The goal of connections is to relate ideas and topics together in a way that it creates a cohesive information web and formation of a thought structure. For example, swordfish and a light red wine can go very well together, while scallops and dark reds do not. This pairing would is important to know that while compiling your Mediterranean culinary research. Knowing how these notes are connected makes putting together a full five course meal easier than heating up a TV dinner.

Putting it all together

The beauty of the Zettelkasten method is that you will connect your notes for a multitude of reasons. We started with connections within recipes, but what about the historical aspects of the Mediterranean diet? For example, a recipe for authentic cabbage and honey (#VeggieRecipes) has logical links to Oribasius. Oribasus is a famous physician of the 4th century AD who prescribed the perfect cabbage recipe. Then we can link to ancient headache cures, and finally connect our notes to other cabbage/vegetable recipes. Later on, the honey vinegar ingredient used in Oribasius’ cabbage recipe may inspire links to beekeeping in historic Greece and how to make homemade vinegar. To make the vinegar, grapes of the Mediterranean and homemade wine are logical connections. These connections may have been lost or never developed if we hadn’t tried connecting the ideas.

When we come back to our notes in the future, they will be ready to help with any Mediterranean research, from recipes to agriculture to history. The links transform the notes into a flexible and powerful second brain!

Connected notes make all the difference, even if the notes themselves do not fall neatly into categories. Meaningful and logical connections make traversing your notes as fast as connecting ideas in your head. The Zettelkasten becomes more powerful as the notes and connections grow. Starting with some categories can be a great catalyst for getting those ideas out. Speaking of categories, we have no shortage of ways to group notes, find one that works for you and focus on creating connections between your notes when starting out.

Harness the power of a Zettelkasten with RamSync

Zettelkastens can be used for much more than Mediterranean meal planning. By using a flexible, digital system, you can quickly explore the connections between recipes and beekeeping, math and physics, that sales campaign and the product roadmap. This frees up your mind to generate new ideas (and connections) and removes the fear of forgetting just how cabbage related to a Greek physician. Physical Zettelkastens do have limitations. They require a lot of time to build and maintain and are bound by systems that can be organized with physical slips of paper. Luckily, we are in 2021 and the digital is here to enhance the physical foundations.

RamSync is the first intuitive note platform designed to solve these problems and to add 21st century tools to the classic Zettelkasten method. Make connections between your notes at the speed of thought. Filtering, sorting, and searching is fast, ensuring the “Second Brain” is also smarter and more powerful than ever.

You can start building your own Zettelkasten with modern graph database technology thanks to RamSync, ensuring you will never lose a thought, idea, or connection. You can quickly organize everything you’re learning and recall exactly what you need when you need it.

Unlike other Zettelkasten software, RamSync is simple, intuitive, and designed by researchers. Take a look at the RamSync Quick Start guide to see how RamSync can power your own Zettelkasten with powerful and easy to use note organization.

Do you have questions about what RamSync can do for you? Drop us a note and we’ll get back to you quickly!

Check out this book on how Knowledge Management has shifted over time:
Cevolini, A. (2016). Forgetting machines: Knowledge management evolution in early modern Europe. Brill.

Want to take a peak at Luhmann’s original Zettelkasten? Check out the scanned zettels conserved by the University Bielefeld: Niklas Luhmann’s card box Facebook0Tweet0LinkedIn0 Studying takes time, effort, and motivation. However, with the following 11 tips, you can stay motivated and study more effectively. Study smarter, so you can study harder. Ready for some study motivation? You’ve got this! 1: Keep it interesting Connect ideas to what you already know. It is much harder, and much less interesting… Facebook0Tweet0LinkedIn0 From ancient cave drawings to flashing billboards, humans love leaving their creative mark. Written communications, they’ve been the rage for the last thousand plus years or so. The trick though is effective communication, in all forms. In writing this means efficiency, clarity, and of course using the right font! Wait, what do fonts have… Turbocharge your productivity with easy to implement time management tools and tips from Dr. Lommatsch. Find out how, and what to prioritize.

Unfortunately, most individuals’ time management processes clashes with natural biology instead of working seamlessly to maximize productivity and reduce burnout. In this article we are going to look at a better time management system, the practical steps to implement, and the thought process to break down large projects and chose the right tasks.

Starting a Zettelkasten for your academic research can feel like a daunting task. Where do I start? Should I try to import all of my existing notes and papers? When am I supposed to find the time this on top of all the writing?? Fear not, we are here to help you build and maintain your academic Zettelkasten! Facebook0Tweet0LinkedIn0 What is better than mind mapping your notes and thoughts? Adding rich visuals based on markdown-ish text with Mermaid, of course! Who doesn’t want to add diagrams inside their mind map notes? Combining mind mapping and charts is sort of like a hybrid of a person and a fish, and the result is …. To unleash the mind’s creativity, we must balance stress and overall cognitive burdens. Join us as we walk though the best tools and processes to manage stress, and reduce cognitive load so that we can unlock productivity and spark creativity.